Home > Lifestyle > How Vaping Can Help You Quit Nicotine 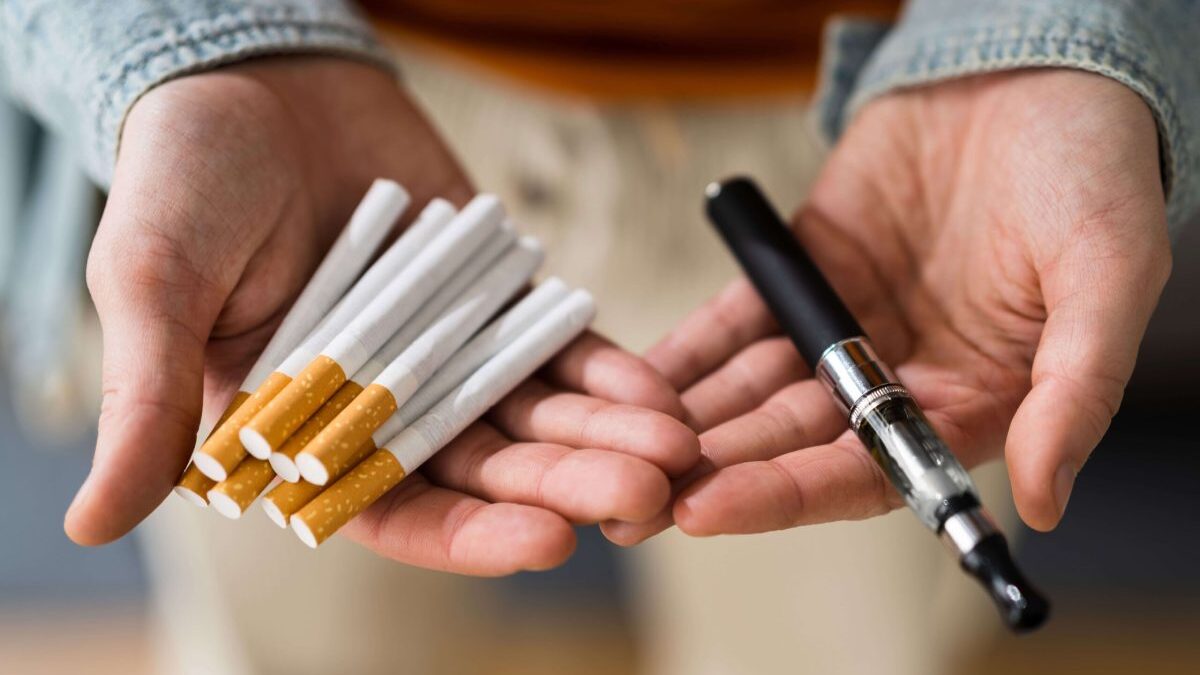 Vaping has earned worldwide fame and is considered by many to be one of the greatest boons to public health in history. That’s because vaping has accomplished something that traditional nicotine replacement products have never been able to do consistently: It’s helped millions of people quit smoking.

That, however, isn’t the only benefit of vaping. There’s another equally important benefit that many people never consider: Vaping gives you precise control over your nicotine consumption in a way that was previously difficult or impossible. There’s almost no way to know how much nicotine you consume when smoking because cigarette manufacturers obfuscate the precise nicotine delivery of their products. Nicotine replacement products, meanwhile, are typically only available in two strengths. If you’re already using the lower-strength version of a product, there’s no way to reduce your nicotine consumption further except by using the product less often.

With vaping, on the other hand, there’s a huge array of nicotine strengths available ranging all the way from nicotine free to 20 mg/ml or 50 mg/ml depending on the region in which you live. You have complete control over the amount of nicotine that you consume, and the fact that many vaping devices have built-in puff counters makes it even easier – you can reduce your vaping by just one puff per day if you want.

If you vape and are interested in quitting nicotine completely, this is the guide for you. This article will provide a comprehensive roadmap that you can use to work yourself all the way down from a beginner-oriented product like Elf Bar to becoming completely nicotine free.

First Stage: Use the Highest Available Nicotine Strength Until You Quit Smoking

When you’re new to vaping, you’re most likely to start out with a simple beginner-oriented device such as a disposable vape or a refillable pod-based system. That’s perfect because beginner-oriented devices are usually designed to work with high-nicotine e-liquids. You’ll have the best experience with a high-strength e-liquid when you’re first switching to vaping because it’ll allow your e-cigarette to mimic the nicotine delivery and throat hit of a tobacco cigarette.

Second Stage: Switch to the Next Lower Nicotine Strength

Once you’ve switched fully to vaping and are accustomed to being completely tobacco free, the next stage is to step down to the next lower nicotine strength available for the product you’re using. Regardless of whether you’re using disposable vapes or a refillable pod system, that’s fairly easy to do because disposable vapes and nicotine salt e-liquid are usually available in two strengths. The higher strength typically contains about twice as much nicotine as the lower strength, so you’ll be stepping down from 20 mg/ml to 10 mg/ml in the United Kingdom and Europe or from 50 mg/ml to 25 mg/ml in other regions. Either way, it’ll be a pretty big change – so give yourself a while to get used to it before continuing with the next stage.

Third Stage: Switch to a Vape Pen or Sub-Ohm Mod

To reduce your nicotine strength further, you’re going to need to change your vaping hardware. You’ll be making another big jump down in nicotine strength – but in this case, you won’t really feel the difference because you’ll be using a device that produces bigger clouds. Bigger cloud production means that you’re absorbing more nicotine per puff, so you won’t feel much of a change. At this stage, you should purchase a vape pen or a sub-ohm vape mod.

Once you’ve gotten used to your new vape pen or mod, it’s time to take the next step by lowering your nicotine strength to 3 mg/ml if you aren’t using that strength already. If you’re using a small low-power vape pen and find that you aren’t satisfied with your experience when using the 3 mg/ml nicotine strength, you should switch to a sub-ohm mod.

In addition to the bigger cloud production, using a sub-ohm mod also has a second benefit in that vape mods usually have built-in puff counters. At this point, you should begin using your device’s puff counter to keep track of how many times you vape per day. You don’t need to worry about reducing your daily puff count at this point, but you do want to make sure that you don’t start vaping more often after switching to the 3 mg/ml nicotine strength.

When you switched to the 3 mg/ml nicotine strength, you probably noticed that it was the lowest nicotine strength you could find at your local vape shop aside from nicotine free. Although a few e-liquid companies do make products with nicotine strengths lower than 3 mg/ml but higher than zero, they’re very rare. If you want to use a lower nicotine strength while continuing to use your favorite vape juice flavor, you’ll need to make the e-liquid yourself.

The first step is very easy: All that you need to do is buy two bottles of e-liquid – one with a strength of 3 mg/ml and one nicotine free – and mix the two together. The e-liquid will have a strength of 1.5 mg/ml. Use that strength until you’re completely accustomed to it. At that point, you can lower your nicotine strength further by mixing the 3 mg/ml and nicotine-free e-liquids in different ratios.

While you work on reducing your nicotine intake by using the mixing technique to make e-liquids with progressively lower nicotine strengths, you should also start using your vape mod’s puff counter to gradually reduce the number of times you use your device each day. Even if you only reduce your usage by one puff per day, you’ll find it very helpful as you make the final push toward becoming nicotine free.

If you continue reducing the amount of nicotine that you add to your e-liquid while simultaneously reducing your daily puff count, you’ll eventually reach a point where you’re using almost no nicotine and are vaping only a handful of times per day. At that point, you can switch to nicotine-free e-liquid or stop vaping altogether. Congratulate yourself – it’s been a long road, but you’ve successfully used vaping to quit nicotine.

6 Ways to Prepare Well for Your First Dental Implants Surgery