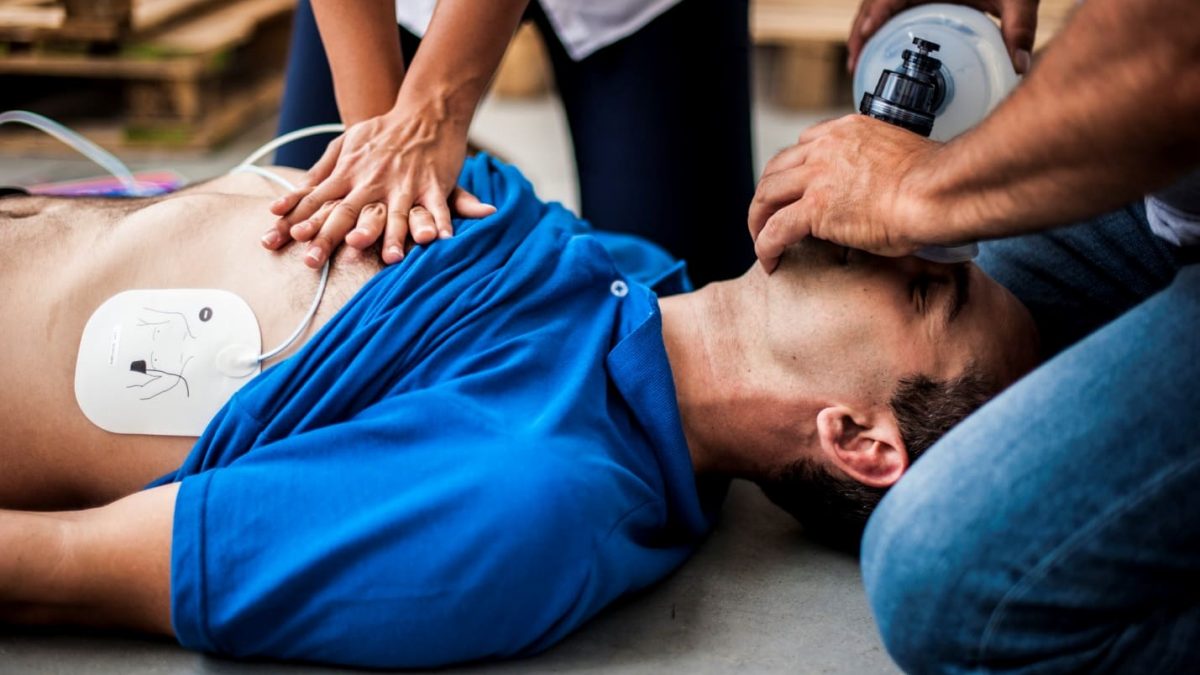 It’s important to be prepared in cases of emergency. Sudden cardiac arrest (or SCA) is something that we might encounter, and we should know what to do to help the victim. Acting as quickly as possible in this situation is vital.

What Is Sudden Cardiac Arrest?

The main cause of this condition is irregular heart rhythm that’s precipitated by an electrical malfunction of the heart muscle, which makes it unable to pump blood properly.

There are numerous issues and conditions which can cause electrical malfunction, including:

The main symptom of sudden cardiac arrest is the loss of consciousness, followed by the lack of a pulse. The victim may temporarily gasp and shake as if they are having a seizure, but unlike with a seizure, their heart has stopped.

The good news is, there are some signs and symptoms that may be felt before an individual goes into cardiac arrest. Recognizing these signs may help to recognize a problem in ourselves or others and promptly get help.

Some signs or symptoms that cardiac arrest may be coming include:

When one or more of these symptoms arise, and especially if they become progressively more intense or severe, it should be taken very seriously. The individual should get medical help as soon as possible.

How Can We Help In A Sudden Cardiac Arrest?

With this condition, seconds are precious. After it’s been identified that the victim is in cardiac arrest, emergency services must be called, as well as CPR started as quickly as possible.

Another thing that must be done is to locate an AED or automated external defibrillator. This device automatically analyzes the victim’s heart rhythm, and it will send electrical currents to the heart that shock it and regulate the heartbeat. If you’re the owner of the business, make sure to check the AED battery regularly so that you’re prepared for an incident like this.

Since the underlying cause of SCA is an electrical malfunction, this electrical stimulation and shock are integral to getting the heart going again.

Often, these devices are located in public places such as malls and restaurants. They help SCA victims to live through the initial arrest and get treated by emergency medical professionals.

CPR is important, as well. It manually gets the blood flowing through the body and also helps with getting air into the victim’s lungs to maintain oxygen flow to the brain and body while they are not operating properly on their own.

Being ready, willing, and able to help a sudden cardiac arrest victim could make all the difference. You may save a life when you least expect it.

Why Can't You Buy CBD Products on Amazon?

5 Simple Things You Need to Know About Nootropic Supplements

How to Minimize Stress as an Executive Nurse Leader

What are probiotics and can they help to prevent or control eczema in children?

Seven Most Popular Fitness-related Technologies Of 2021