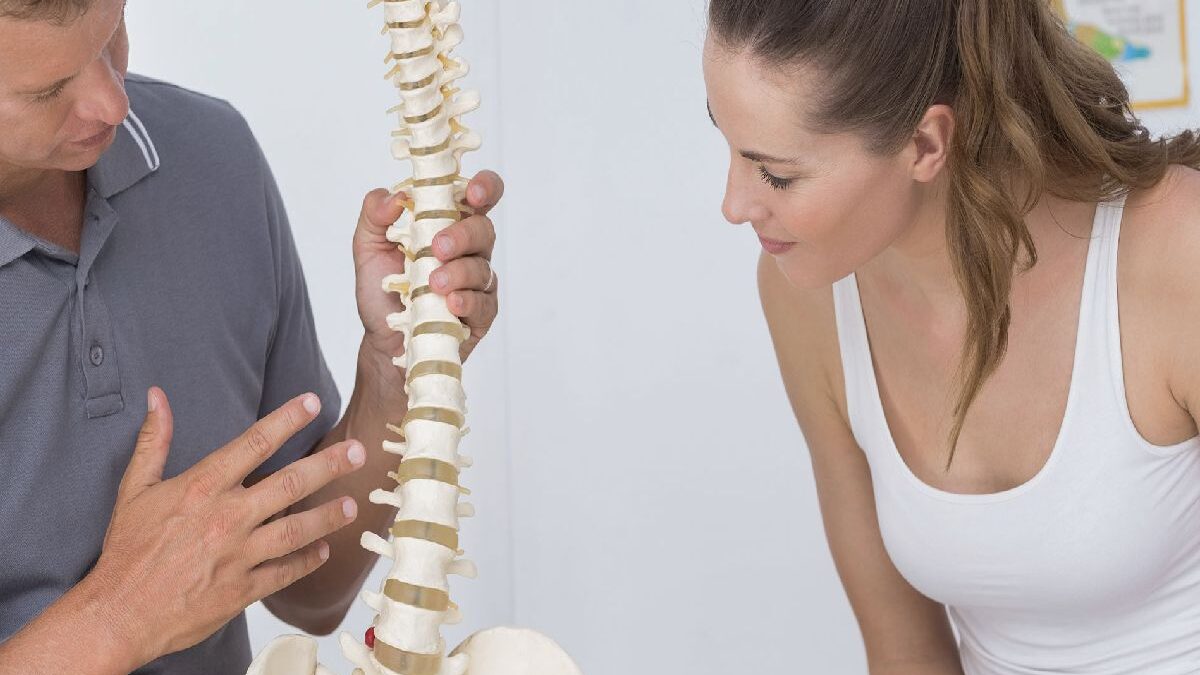 Over the last thirty years, Thailand’s private health care facilities have undergone an amazing transformation, one which now leaves them as equal to any other in the world. This is particularly true in the capital, Bangkok. With modern hospitals equipped with cutting edge technology, highly trained physicians, nurses and support staff employing up to date medical processes and surgical techniques, Thailand offers locals and visitors the very best in medical care.

Throughout a person’s life, their body is constantly at risk from sickness, disease and injury. The wise person takes precautions to minimize the risks to their health and wellbeing. But, even with the best of intentions, no one can stop the march of time. As a person ages, wear and tear take their toll on the body, and all manner of health issues can arise.

One of the most common health issues a person can face is problems with the back. Astonishingly, during a lifetime, more than 50% of people will be subject to some form of spinal disc abnormality; many of these cases will prove to be a herniated disc.

The human spine is an incredibly complex, mechanical structure of bones or vertebrae and connects different parts of the musculoskeletal system. The spine is responsible for the body’s mobility, bending, twisting, turning, sitting and walking are all facilitated by the spine.

The spine also acts as the protector for the spinal cord, this being a column of nerves that connects the brain with the rest of the body. The constant and unhindered transfer of information along the spinal cord to the brain is essential; without it, the body would have no movement, and the body’s organs would not function.

At birth, a newborn child would normally have 33 vertebrae making up the spine, which is viewed as having 5 segments. The upper segment being the cervical, consisting of 7 vertebrae. Below this is the thoracic, made up of 12 vertebrae followed by the lumbar region, which consists of another 5. At the lower end of the spine, there is the sacrum with 5 vertebrae and the coccyx, which has 4.

As a child grows and develops the spine, as with many parts of the skeletal structure, undergoes certain changes. The vertebrae of the lower 2 regions of the spine, the sacrum and the coccyx, fuse together to make a single structure. Come adulthood; the spine is left with 24 individual vertebrae, each of which is separated by an intervertebral disc.

What are Intervertebral Discs?

Intervertebral discs are impact absorbing cushions situated between the individual bones that make up the spine. The nucleus pulposus of the disc is a softcore composed of a soft material consisting mainly of water and a loose collection of collagen fibers. This inner core is surrounded by the annulus, this is a complicated series of interwoven layers of fibrous tissues, the purpose of the annulus is to protect and hold together the nucleus pulposus.

A disc becomes herniated when part of the outer annulus is in some way damaged resulting in a tear. The nucleus pulposus is then likely to push against the tear and start to protrude through it. This protrusion of the nucleus pulposus will then irritate nearby nerves, this then causes problems for the sufferer of the herniated disc.

Symptoms of a Herniated Disc

Hernias can occur in any of the intervertebral discs, although, the vast majority of instances occur in the lower spine. The exact symptoms can be varied and are partially dependent on the location of the disc and the extent to which the hernia is pressing on a nerve. In most cases the symptoms will be experienced on one side of the body.

Pain in the buttocks, thigh, calf and in some cases the foot, will indicate that the damaged disc is in the lower part of the spine. Pains in the arms and shoulders are more likely to be associated with discs in the upper region of the spine. Shooting pains through the arms and legs are common when a victim coughs or sneezes.

With pressure being exerted on a nerve by a herniated disc, burning sensations, numbness and tingling are likely to be felt in the area of the body being served by the pressurized nerve. Also, the muscles associated with the affected nerve may weaken, causing further problems for the afflicted person. Ongoing pain, numbness and the weakening of muscles will certainly impair daily life and can become debilitating.

Less common symptoms can include cauda equina syndrome. This is when the bundle of nerve roots, referred to as the cauda equina, are pressurized by a herniated disc. These nerves are part of the body’s control system governing the bowel and bladder. These functions can become disrupted as a direct result of a herniated disc. Although there are many possible symptoms, it is also possible to have no symptoms at all.

The most common cause of a herniated disc is quite simply ageing. The wear and tear that comes with everyday life slowly cause the degeneration of the discs. They become stiffer and more inflexible, leaving them prone to tearing or rupturing. This can occur not only through excessive exertion but also as a result of simply bending or twisting.

People with physically demanding jobs or those that are overweight will have a greater propensity to suffering a herniated disc. Genetics can also play their part, it is possible to inherit a predisposition to intervertebral disc herniation. Smoking is also thought to be a contributing factor as it can reduce the oxygen supply to the disk which can make it break down more quickly.

Diagnosing a herniated disc is straight forward. Imaging and nerve tests can be undertaken to pinpoint the herniated disc and to assess its severity. Imaging can be in the form of standard x-rays, myelogram x-rays, MRI and CT scans. These tests will also enable doctors to rule out other conditions, such as fractures.

Nerve testing will entail a nerve conduction study. This test is designed to measure the electrical nerve impulses and the functioning of the muscle. Electromyography (EMG) may also be employed; this will measure the electrical activity in a muscle through contraction to rest. This is carried out by inserting a small electrode directly into the affected muscle.

Medication is often the first step in any treatment for a herniated disc, particularly if the hernia is considered minor. Pain killers, such as acetaminophen, ibuprofen or naproxen, are known to have effective alleviating qualities for those suffering with a herniated disc.

Cortisone injections are a proven method of pain alleviation. This course of treatment may be recommended by your doctor when oral medication has failed to help the patient. The corticosteroid will be injected into the area around the spinal nerves with the aid of spinal imaging to direct the needle to the optimum point.

To a lesser degree muscle relaxers and opioids can be utilized to alleviate the pain of a herniated disc. These are not considered first-choice treatments due to their side effects. Muscle relaxers can cause sedation and dizziness, which can lead to the patient having accidents or falls. Opioids are often shied away due to their addictive qualities; opioids are only likely to be recommended as temporary pain relief.

Thailand’s modern approach to medicine puts great store in the benefits of physical therapy. Physical therapy clinics are now common in all the main hospitals and are proven to be an important part of the treatment for herniated discs. Skilled practitioners will instruct patients on positioning themselves when laying down, sitting and on their standing posture., as well as the appropriate exercises to alleviate pain.

In some cases, where pain relief and containment fail or the condition becomes extremely acute, surgery will need to be undertaken. In most cases, the protruding part of the disc will be removed. Partial disc removal as a curative repair for a herniated disc has a very high success rate.

It is rare that the condition will necessitate the removal of an entire disc. If total removal is undertaken, then the affected vertebrae may be fused together as one. Metal hardware will be required to offer stability to the affected area whilst the lengthy process of bone fusion takes place. The specialist doctors may recommend the alternative option of the insertion of an artificial disc.

Are you looking for a herniated disc treatment in Thailand? If yes, then visit Spine and Joint Center in Thailand.

Abdominals: the best routine to strengthen the abdomen

Future of Health Coaching as a Career

Why Do Children with Autism Find It So Hard To Sleep?