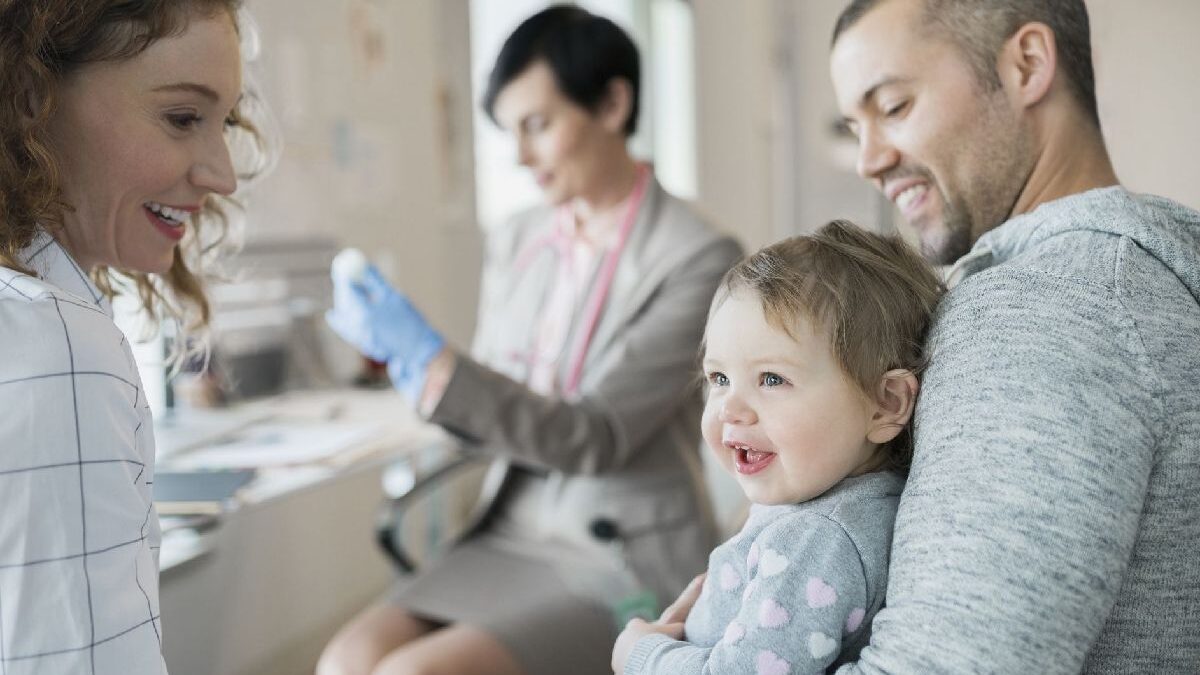 All You Need to Know About Your Child’s Immunizations Schedule

There is a set schedule for how the child’s immunizations schedule works related to the child meeting a new birthday milestone supported by the CDC. The following represents the ages at which doctors give certain vaccinations and boost vaccinations to children. This schedule sets a standard across the United States. However, there may be other issues factored into these vaccinations such as,

These standardized lists of vaccines are a guide for parents as to when they are due and what vaccines are due to be given.

The doctor can administer a combination of vaccines to help cut down on the number of shots the child receives.

This vaccine schedule generally begins within 24 hours of the birth of the child. If for reasons unknown the child never received these earliest vaccinations, the doctor may start the schedule at any age. Vaccinations given 24 hours after birth are held if the child is ill or the infant represents a low body weight. In these cases, the doctor waits until they are ready for discharge home from the hospital. The doctor may decide to wait for one month before starting the vaccination schedule.

As the child reaches four months of age the doctor administers the following vaccinations.

As the child turns six months of age the doctor administers the following vaccinations, DTap and Hib

This third dose of Hib depends wholly on what brand the doctor used in the previous Hib immunizations.

The flu vaccine has a different set of criteria. This vaccination is highly recommended every year, starting at the age of six months or older. The flu vaccination is available by injection or by nasal spray. The type given is based on the age of the child. One type is not superior over the other, and they are both equally effective against the flu. However, the nasal spray is only given to healthy children between the ages of two to 49 years of age.

If the child has a chronically weak immune system, chronic health issues such as asthma, and a woman who is pregnant must avoid the nasal spray vaccine.

At 12-15 months the child is vaccinated for

At four to six years the child receives

At four to six years of age the child receives

The HPV can be given as early as nine years of age.

When the child becomes a teenager between the ages of 15 and 26, they can get the HPV vaccination. HPV is given to both boys and girls.

These vaccinations are given in the course of three shots over a six-month time frame.

There can be special circumstances to consider when getting some of these vaccinations. The scenarios are as follows.

This can be given at six months if the baby and parents travel to places where Hep A is a common occurrence. If your child is older and did not get the Hep A prior, they should get it. At the age of one year the child should get Hep A.

This vaccine can be given as early as six months if the parents are travelling abroad. It is still vital for the child to receive this vaccination at 12 to 15 months, and four to six years of age. Second dose vaccines can be given at age four weeks after the first vaccinations if the child is travelling in risky areas of the country.

If the child has high-risk health concerns, they should get this vaccination. High risk constitutes children that are under five years of age, those who have chronic health problems, those who have immunity issues and those who have issues such as HIV, asthma, CP, MS, and sickle cell anemia.

This vaccine can be administered to children at age two and forward, especially if the child has immunity issues, HIV, heart disease, lung disease, diabetes, kidney disease, and more. Speak with your doctor first.

This vaccine can be given at eight weeks of age, depending on the brand the doctor uses, especially if the child is at risk for meningitis and have health problems such as auto immune disorders. If the child is traveling to high-risk countries where meningitis is a common occurrence or there are common outbreaks, the child needs to receive this vaccination.

If doctors quit giving these vaccines or parents falsely believe that these diseases are no longer prevalent, there are bound to rise in the cases putting children, once again at risk. If this happens parents should seek the advice of their doctor, the CDC, or public health department to find out if their child can be vaccinated during the outbreak. It may be too late to vaccinate at this point.

An outbreak of any childhood diseases happens when the numbers are greater in specific areas of the country. If only two cases are reported, it signals an epidemic that can grow to multitudes of people affected and into a pandemic.

At North Texas Medical Center, we love to pass on vital information on many healthcare topics. We are an award-winning level four trauma hospital located in Gainesville, Texas, and have a passion for educating the public. Our facility is a leader in the healthcare industry, serving the community of Gainesville, and surrounding areas. We have numerous specialty departments including a pediatric department. If we can assist you with your child’s immunization schedule or answer some of your important questions, please give us a call today at 904-665-1751. Access our website for more information.

Everything You Need to Know About Paternity Tests

How to Properly Wear a Baby with a G tube

Caring For Your Child With A Disability: Emotional And Physical Health

Preparing for an Operation? Take These Steps

How to Level Up Your Workout

Important Information You Should Know About Stem Cells