Home > Health & Wellness > Who Can Benefit From Oxygen Therapy 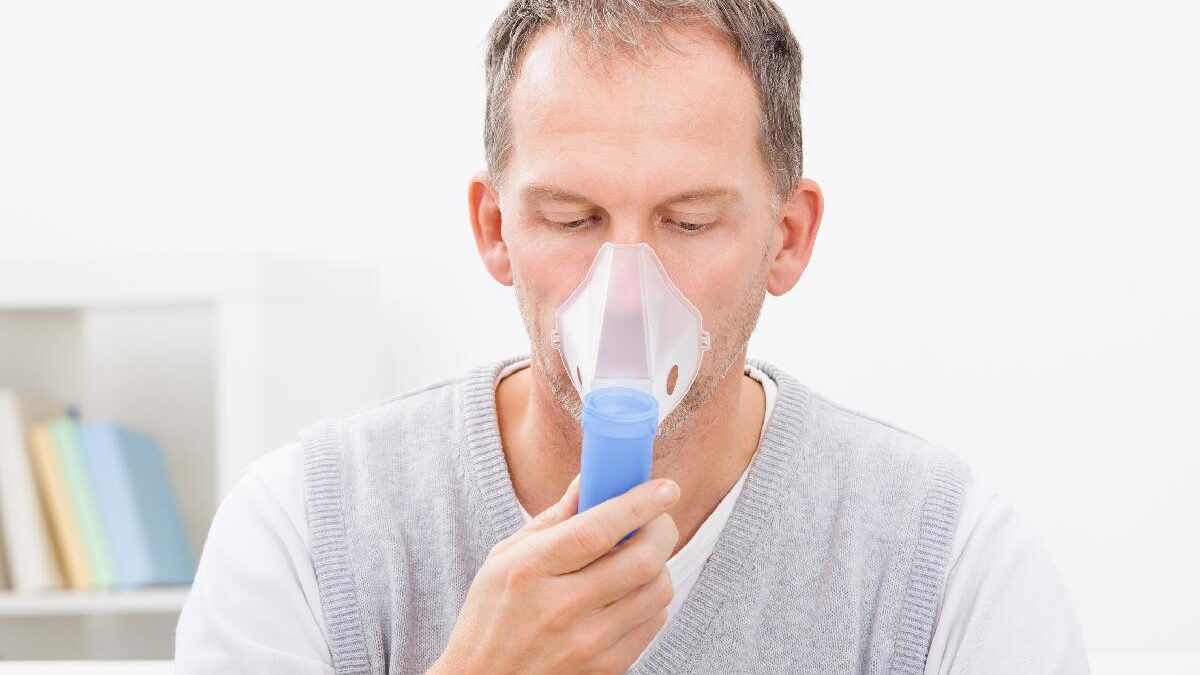 People who suffer from severe lung diseases, such as pulmonary emphysema, now have a revolutionary treatment that can help them in the healing process. Hyperbaric oxygen therapy is a method by which the air the patient breathes is enriched with pure oxygen 100%. Also, through this treatment, oxygen absorption in the cells increases above the normal levels.

What is oxygen therapy?

Oxygen therapy can be successfully used to supply oxygen to the tissues, which are poorly supplied with blood. This can be done in specially designed rooms or with the help of oxygen chambers that have masks attached through which the patient inhales pure oxygen.

The most important oxygen therapies are those performed in specially built pressure chambers. Known as hyperbaric oxygen therapy, it offers people with various problems the opportunity to breathe 100% pure oxygen. This is possible due to the hyperbaric chambers, where the pressure inside is increased up to 3 times more than in the normal environment. The effect is to dissolve the oxygen molecules and introduce them into the liquid components of the blood. 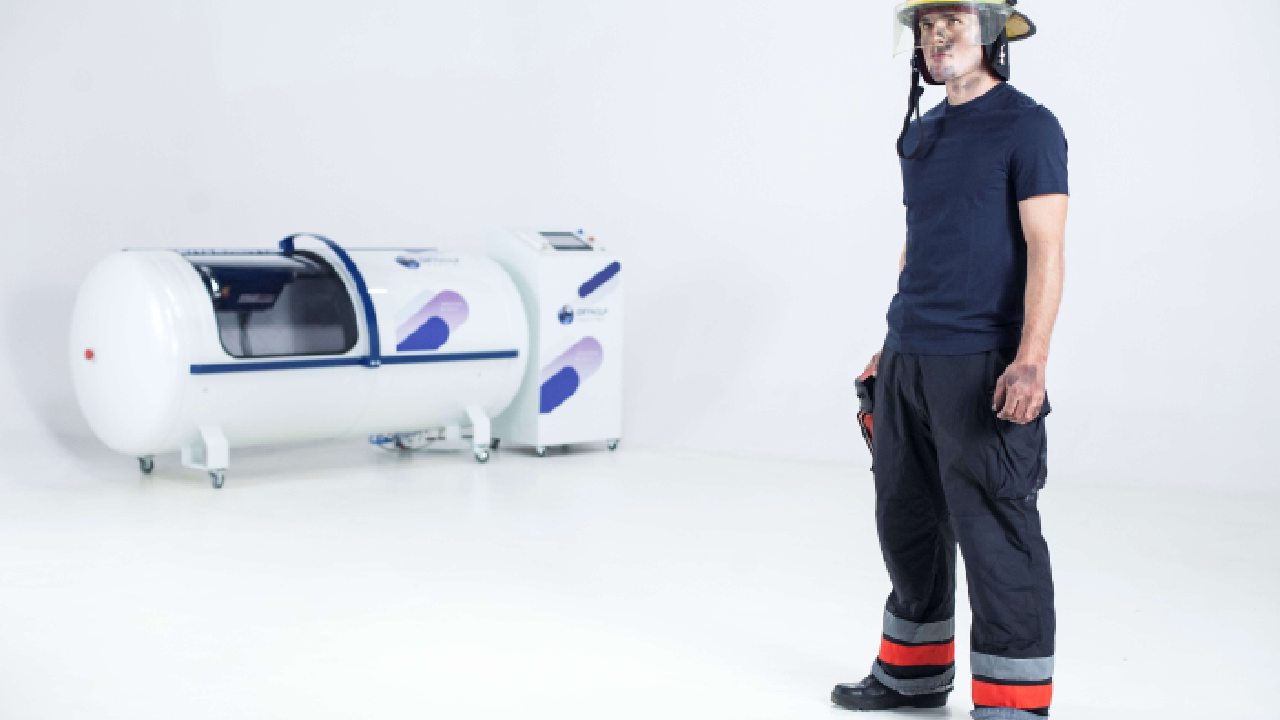 Who can perform oxygen therapy

Oxygen therapy is a non-medical method. Inhalation of 100% pure oxygen is done in an accelerated manner due to high pressure. A specialist precisely defines inhalation sessions before starting the cicle; otherwise, side effects may occur, or the effects may not be as expected. The use of oxygen therapy, based on high pressure, has a positive impact on the health of the body with immediate to medium and long-term effects. Oxygen therapy is often used to relieve symptoms or even cure certain diseases.

Patients who are unable to breathe well enough so that inhaled oxygen is not in adequate quantity may benefit from hyperbaric oxygen therapy. Especially during physical exercise or other types of effort, lack of oxygen can be a serious challenge. Using the oxygen therapy will help these patients to:

Many lung diseases, such as cystic fibrosis or pulmonary emphysema, lead to chronic breathing problems and eventually collapse the cardiovascular system. With the help of oxygen therapy, people no longer have the same difficult symptoms and can enjoy a better quality of life. In complicated cases, it is recommended that oxygen therapy should be done for at least 16 hours – a few times a day.

What are the positive effects of oxygen therapy

When oxygen is strongly introduced into the patient’s lungs, the blood will instantly contain more oxygen than usual. Medical researchers believe this effect will help heal wounds or various medical conditions. For example, one condition that can be successfully treated with oxygen therapy is sudden hearing loss. The patient no longer hears well with one ear; instead, he is disturbed by a continuous whistling. In most cases, this condition goes away on its own, without external intervention. However, many people want to use oxygen therapy because the symptoms are very disturbing.

Hyperbaric oxygen therapy is characterized by the following positive effects on the human body:

What types of oxygen therapy equipment are available?

You can have several models of devices that can be used in oxygen therapy. These will be recommended by the doctor, depending on the personal diagnosis, the severity of the symptoms, and also the time you are away from home every day.

The equipment in this category is offered to patients who will use it at home. The liquid oxygen tank gets empty when used, so it needs to be replaced regularly. Patients can inhale oxygen directly from the special reservoir with the help of a specific mask.

Optionally, depending on the manufacturer and supplier of the equipment, patients may also receive a portable device, which they can fill with liquid oxygen from the large tank. The medium-sized liquid oxygen device, which is used regularly, can last between 3 and 8 hours.

For patients who need oxygen therapy only at certain times, this option is recommended. It is a very easy-to-use system, but it is not suitable for long-term therapy due to the high costs of refilling and transport.

This equipment filters oxygen from the surrounding air so that patients can breathe it directly, without the help of a mask. Although it is very effective, it can only be used in closed rooms. For this reason, it is recommended for patients who do not leave their homes very often. The mobile version of this device includes small medical oxygen bottles, but they empty very quickly and need to be replaced soon.

Known as mild HBOT or mHBOT, this model is a portable zippered hyperbaric chamber. Inside, the pressure level of approximately 1.3 ATA can be reached, and the inhaled oxygen has a purity of 24%. The soft hyperbaric chamber was originally designed for climbers and divers in case of an emergency until oxygen therapy could be offered in a hard hyperbaric chamber.

These are the models used in clinics, being quality devices with a hard outer casing. They are made of steel and have an atmospheric pressure of over 2 ATM inside, offering the possibility of inhaling 100% pure oxygen. What is and how does hyperbaric oxygen therapy works.

Before recommending this therapy, a complete medical consultation should be performed, which includes several tests like EKG and a lung function test. In addition, the permeability of the ear canal and the connection between the pharynx and the middle ear will also be checked. This control is important to equalize the pressure inside the ear.

The hyperbaric chamber is a space where the concentration of oxygen can be gradually increased. In this way, the pressure in the ears will be equalized without the appearance of unpleasant symptoms. For added comfort, patients are advised to chew gum or to press frequently on the neck area while covering their nose (Valsalva method).

When the desired pressure is reached in the hyperbaric chamber, an oxygen mask can be applied. This is when the oxygen therapy starts because the patient will only breathe 100% pure oxygen. At the end of the oxygen therapy session, the pressure in the chamber is gradually lowered, the procedure called discharge or decompression.

How long an oxygen treatment session in the hyperbaric chamber lasts

Depending on the condition of the user and the treatment recommended by the doctor, an oxygen therapy session can last between 45 minutes and 8 hours. The number of sessions that each user has to perform varies depending on how the treatment evolves. Also, the condition of the user and the effects he feels must also be taken into account. Some users may have a single treatment session; while others may have a recommendation for up to 30 sessions of oxygen therapy.

Most users who use oxygen therapy say that the results are very good and very fast. For more information on this topic, please visit oxyhelp.com.

Evolvhealth Products You Should Take To Keep Young

Tips To Maintain Hygiene For Healthcare Institutions During The Pandemic

Yes, College during Quarantine is Harder. No, You Don’t Have to Pretend to Be Okay.