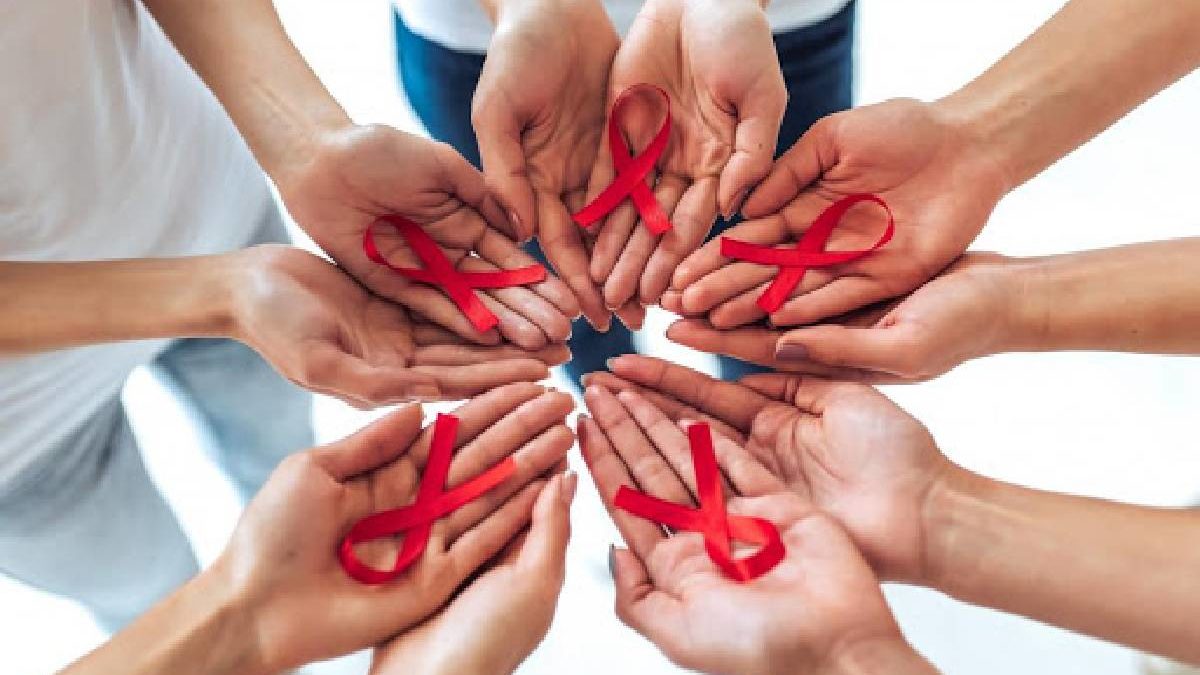 Today, where diseases are just waiting right up the corner to infect people, it is our responsibility to take care of ourselves. There are a lot of ways to be healthy. Two of the best ways to be in tip-top shape is taking care of our heart and boosting our immune system. Unfortunately, there is a certain virus that targets our immune system. The Human Immunodeficiency Virus (HIV) destroys and impairs the function of immune cells. Without treatment, the infection may lead to AIDS or Acquired Immunodeficiency Syndrome.

In 1999, researchers found a strain of SIV called SIVcpz in chimpanzees. This strain was nearly identical to HIV. Later on, the same researchers found out that the chimpanzees had hunted and eaten two smaller species of monkeys (red-capped mangabeys and greater spot-nosed monkeys). These two small monkeys carry and infect chimps with two different strains of SIV. The two different strains of SIV then joined together to form the new strain SIVcpz that could be passed on to other monkeys, and unfortunately, the new strain could also infect humans.

Scientists, using the earliest known HIV sample, created an ancestry lineage of HIV transmission, allowing them to discover where HIV started. They concluded that the first transmission of SIV to HIV in humans took place around 1920 in Kinshasa, Democratic Republic of Congo. SIVcpz was likely transferred to humans as a result of hunting. Chimps are being killed and eaten or their blood getting into wounds of the hunters.

Kinshasa is full of infrastructure routes, such as roads, railways, and rivers. The high population of migrants and the growing sex trade at Kinshasa helped spread HIV across the Democratic Republic of Congo.

In the 1960s, many Haitian professionals working at the Democratic Republic of Congo returned home. With them, HIV spread from Africa to Haiti and the Caribbean. From the Caribbean, the virus moved to New York City around 1970.

Though HIV arrived in the United States of America around 1970, the public was not aware of it until the early 1980s. In 1982, a new immune system disorder was observed, killing 136 of the 335 infected at that time. Because most of the infected patients are homosexual men, officials initially called it gay-related immune deficiency or GRID. International travel from the United States helped the virus spread across the rest of the world.

In September 1982, the CDC (Centers for Disease Control and Prevention) used the term AIDS for the disease. By the end of the year, AIDS cases were also reported in different European countries.

Human Immunodeficiency Virus is a spherical virus that is covered with spikes, which allows it to lock onto CD4 cells. CD4 cells are white blood cells that move around the body, detecting faults and anomalies in other cells as well as infections. HIV then enters CD4 cells to make new copies of itself. Over time, CD4 cells are killed by HIV, and the body’s ability to recognize and fight infections begins to decline.

A person with HIV has progressed to AIDS when the number of their CD4 cells fall below 200 cells per cubic millimeter of blood. A healthy individual has CD4 counts between 500 to 1,600 cells per cubic millimeter. AIDS patients will develop one or more opportunistic infections. The risk of HIV progressing to AIDS varies widely between individuals and depends on many factors such as age, presence of other infections, and the body’s ability to defend against HIV.

HIV infection will not cause further illness for some time. This period is known as the asymptomatic phase.

However, around 80% of infected people develop flu-like symptoms known as acute retroviral syndrome. Symptoms include fever, chills, sore throat, joint pain, muscle aches, and enlarged glands. These symptoms might be the result of the immune system fighting viruses.

After the symptoms of the acute retroviral syndrome, HIV symptoms might not occur for many years. A person with HIV often experiences no symptoms and appears healthy. During this time, the virus continues to destroy CD4 cells.

In time, without medication, the person becomes vulnerable to serious illness. This stage is known as stage 3 HIV or AIDS. AIDS symptoms include blurred vision, diarrhea, fever, dry cough, night sweats, and white spots on tongue or mouth. Opportunistic infections, infections that pose serious health risks once the immune system is weakened, also occur, such as Tuberculosis.

People transmit HIV in bodily fluids such as blood, semen, vaginal secretions, and breast milk. HIV can also be transmitted from a mother to her child during pregnancy and delivery.

People can reduce the risk of getting infected by the correct and consistent use of male and female condoms. Medical male circumcision also helps prevent transmission. And taking precautions on using injecting equipment such as needles and syringes will help prevent getting infected.

Currently, there is no cure available for HIV or AIDS. The human body can’t get rid of HIV so once you have HIV, you have it for life. However, HIV can be suppressed by a combination of ART (antiretroviral therapy). ART is usually a combination of three or several antiviral drugs. People with HIV taking ART can live long and healthy lives and prevent transmitting HIV to their sexual partners.

At the end of 2018, there are approximately 37.9 million people living with HIV. It continues to be a major global public health issue, claiming more than 32 million lives so far. But with the increasing effective HIV prevention, treatment, and care, the infection has become a manageable condition.

How To Resist Food And Sugar Cravings At Night: Tips From Experts

How to Take Care of Aging Parents During the Pandemic

Understanding the Differences Between a Doula and a Midwife